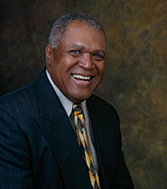 A LOOK BACK AT NBPA HISTORY

In late 1981 or early 1982, Norman S. Early Jr., then the Chief Deputy in the Denver District Attorney’s Office, was contacted by the East Coast Chapter of the NAACP requesting his participation on a panel. Norm responded that he knew he was being solicited for only two reasons – they needed a prosecutor as some fodder and because he was “Black.” He suggested they contact a Black prosecutor from the East Coast. The NAACP opined that was their preference, and requested the name of one. Norm had to embarrassingly acknowledge that he knew not one single name or position of a Black prosecutor outside his home state of Colorado. And although he had attended many NDAA events, Norm had not encountered many prosecutors of color.

Two non African-American prosecutors were instrumental in the formation of the NBPA. One was the Chicago States Attorney (now Mayor) Richard Daley. The other was Norm’s Denver District Attorney predecessor and mentor Dale Tooley. Norm strolled into DA Tooley’s office and told Tooley of his consternation in not being able to network with fellow African-American prosecutors around the United States. DA Tooley suggested that Norm call the largest offices in the states and counties with the largest Black populations, and request that the receptionist transfer him to a Black lawyer. If he met with any resistance, he was to tell them he was the Chief Deputy in the Denver DA’s Office and was compiling a reference list to be used in instances where Black prosecutors were requested to make presentations. If necessary, Norm’s ace in the hole was the NAACP conversation.

When Norm inquired if he was expected to do this on public time, using a government telephone, the response was that establishing this network was every bit as important as the cases Norm tried and the programs Norm ran. So, Norm got on his government phone, in his government office, on government time, with DA Tooley’s blessing, and began the arduous task of calling one office after another. There was greater resistance in some offices than others, but within a few short months a list of over 175 Black prosecutors was compiled, with Chicago, IL, and Florida dominating the list.

In fact, Chicago proved to be a most important city for our organization. Years earlier, Norm met Glenn Carr through the now defunct Regional Heber Smith Community Lawyer Fellowship Program, run under the auspices of Howard University Law School, where Glenn was the program director. Glenn was now the Deputy States Attorney in the office of Richard Daley. The day Norm and Glenn reconnected was the day things started taking shape for the formation of a national organization serving Black prosecutors. Sterling Johnson, the then NYC Special Narcotics Prosecutor (now a Federal judge) joined with Norm and Glenn in organizing a meeting of as many Black prosecutors as they could identify and, amongst other things, to discuss the possibility of forming an organization. With that in mind, in August of 1982 a letter was sent to everyone on the list of 175. Of course the intention of forming an organization was intentionally not mentioned in the letter because of some of the reservation and fears that had been expressed by non African-Americans when the initial phone calls were made.

Over 100 Black prosecutors gathered in Chicago in 1983, with States Attorney Richard Daley serving as host. It was both eerie and refreshing to see so many people of color who performed the same responsibilities and had the same kinds of concerns regarding recruitment, retention, and respect. Those assembled readily agreed to form an organization. A committee comprised of the late Judge Loretta Hall Morgan, Glenn Carr, Art Hill, Sterling Johnson, and Norm Early commenced their work on formalizing the will of the group. These individuals, who met repeatedly in Chicago to deal with name, incorporation, bylaws, and other communications, are considered to be the Founders of our organization. Those Black prosecutors around the nation who responded to the communications and invitation for membership are the Founding Members of the newly formed National Black Prosecutors Association.

In 1984 the NBPA, with Norm as President and Glenn as Vice-President, held the organization’s first official meeting (the second actual meeting) in Orlando, Florida. That meeting almost proved to be the death knell of the NBPA before we had even gotten off the ground. With a total of only thirty participants, the organization was unable to meet hotel guarantees without some serious begging and passing of the hat. The most meaningful part of the program was then State’s Attorney and soon-to-be mayor of Baltimore, Kurt Schmoke, delivering his well known thoughts on the legalization of drugs. For its next meeting, NBPA returned to the already proven and friendly confines of Chicago. We became financially healthy and – you know what’s coming – THE REST IS HISTORY! 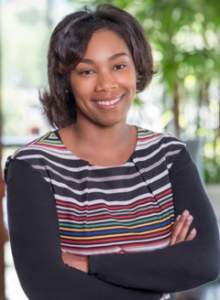 WHAT IS THE NBPA?

NBPA is emerging as the international association of black law enforcement professionals with a reputation for providing education and leadership in the legal profession through its intensive training sessions and multi-disciplined networking.

NBPA has established a number of training programs in direct response to the needs of its membership.The annual convention serves as a comprehensive and intensive training session on innovative changes in the law, its application and consequences.

The regional school programs such as Real Talk; the High School Mentor Program in Los Angeles, California, Legal Lives: partnership for Respect of Esteem, the Adopt-a-School Program in Brooklyn, New York, and various other youth programs throughout the nation are either initiated or endorsed by NBPA members. Each year at the annual conference, the NBPA hosts a simultaneous Youth Conference, with the goal of empowering the youth with a positive message in every state the NBPA visits. Topics include life skills, planning for the future, making positive choices, career options and understanding the criminal justice system. Giving back to the communities we serve is integral to the mission of the NBPA.

The purpose of these programs is to expose students to positive role models within the criminal justice system through law related education. These programs increase students’ awareness of racial, cultural and religious diversity and broaden their knowledge of the criminal justice system and its relationship to the community. They further increase the students’ awareness of the legal and social consequences of drug use.

MISSION AND GOAL OF THE NBPA

The mission of the NBPA is reflected in the organization’s commitment of the recruitment of blacks within the prosecutorial arm of the legal profession. It is to ensure not only retention of blacks in prosecution, but also to correct the dramatic inequity that exists with respect to black representation in the executive ranks of prosecutors’ offices. A further goal is to recruit, train and mentor younger aspiring lawyers for leadership roles in the years ahead.

NBPA mission is realized through the following important goals: