NBPA IN THE COMMUNITY

This January, the NBPA participated in a number of events throughout the country as part of the National Day of Service to honor Dr. Martin Luther King, Jr.

Regional Director Janice Walker and the Cleveland Chapter (BPA-CLEO) volunteered at NEO Skills Corp. Chapter members assisted in the Dress for Success program, and the Kids in Need project. The chapter also provided outreach services to the homeless in Cleveland as part of the city’s 24th Annual Homeless Stand Down. 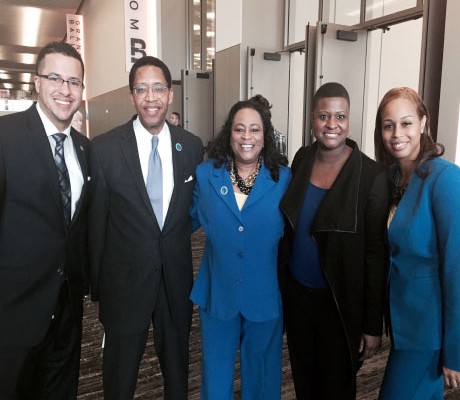 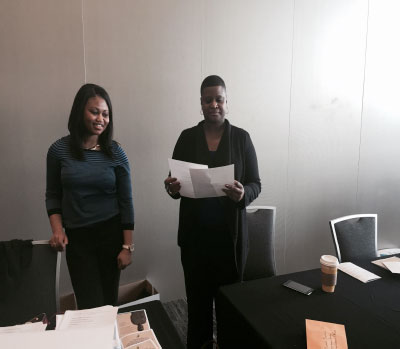 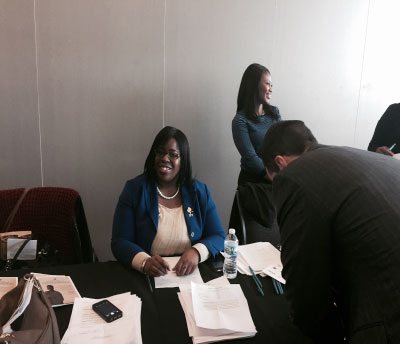 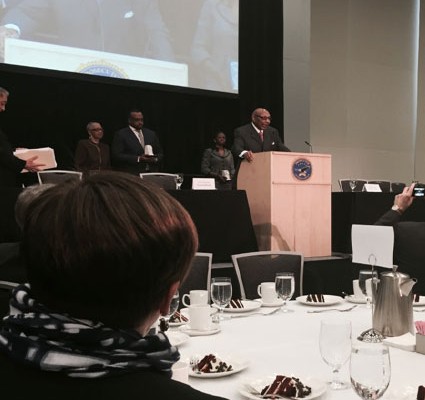 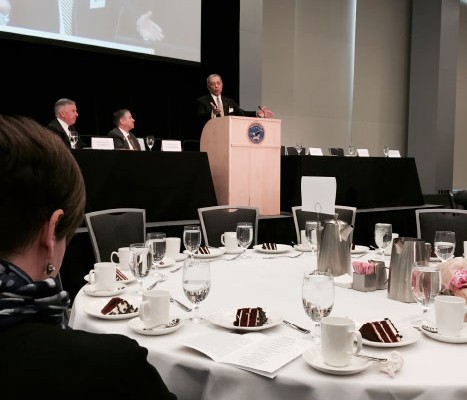 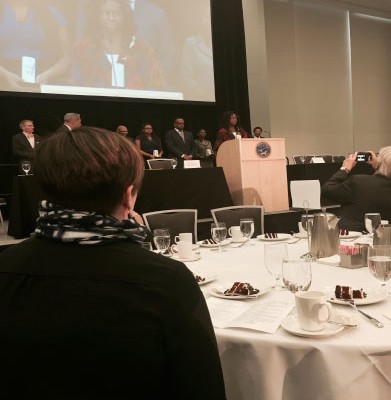 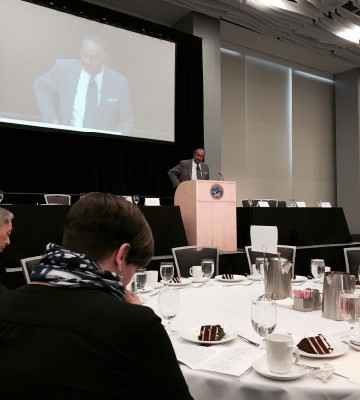 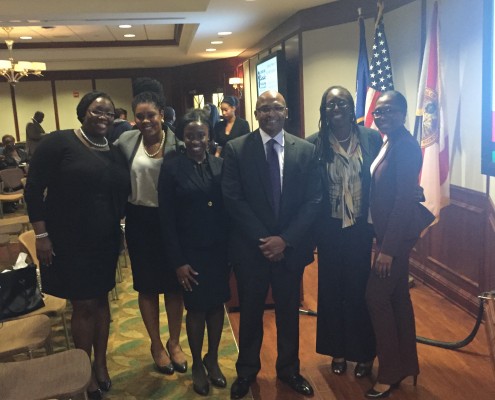 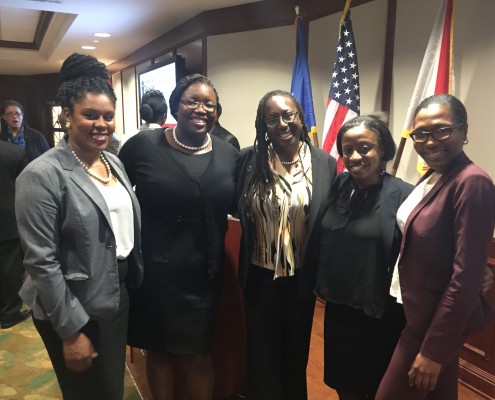 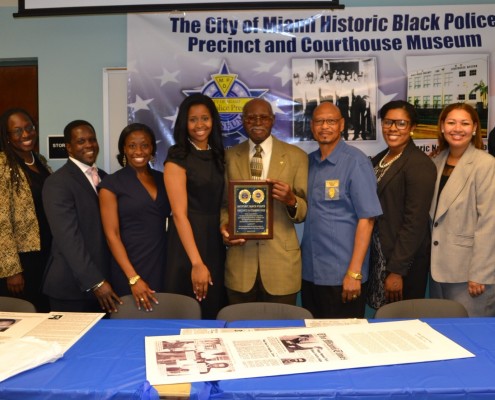 NBPA’s Cleveland Chapter, Cuyahoga County Prosecutor’s Office, and other entities sponsored a Black History Month event, and offered free CLE hours, at the Cleveland Convention Center on Friday, February 20, 2015. There, they recognized the achievements of the late Congresswoman Stephanie Tubbs Jones, a former assistant prosecutor, Cleveland Municipal Court judge, Court of Common Pleas, general division judge, and she then became the first African American County Prosecutor and the first female prosecutor of Cuyahoga County, and the only African American prosecutor in a major metropolitan area in the United States. She was the first female to win a seat representing the 11th District of Ohio in the U.S. House of Representatives. She served from 1998 until her death on August 20, 2008, during her fifth term.

The keynote speaker was Dr. Clarence B. Jones, who served as attorney, political advisor, and draft speechwriter for the Reverend Dr. Martin Luther King, Jr. and his “I Have a Dream” speech. Dr. Jones coordinated the legal defense of Dr. King and other leaders of the Southern Christian Leadership Conference, against the libel suits filed against them and the New York Times by the police commissioner and other city officials of Birmingham, Alabama. The U.S. Supreme Court ruling in this case, New York Times v. Sullivan, resulted in the landmark decision that defined the current law of libel. Dr. Jones was the first African American partner in a Wall Street banking firm and is also a Visiting Professor at University of San Francisco and a scholar writer in residence at the Martin Luther King, Jr. Research and Education Institute at Stanford University.

In two separate events, the NBPA’s Charles B. Morton Jr. South Florida Chapter honored Black History Month.  On February 18, the chapter participating in a storytelling event entitled “My Brother’s Keeper” at Nova Southeastern School of Law in Florida, where various  speakers honored the influential African American men in their lives. NBPA President Melba Pearson spoke of the influence of her father had in her choosing a career in criminal law. On February 27, South Florida chapter members, NOBLE, and guests visited the Historic Black Precinct and Courthouse in Miami. It was the home of the first African American police officers in the State of Florida, as well as the first African American judge.  The tour was conducted by one of the five living original officers, Lt. Archie McKay.  To learn more, go to http://historicalblackprecinct.org/.

Regional Director Kiesha Storey and the Greater Atlanta Chapter (GABPA) were recognized by the US Attorney of the Northern District of Georgia in their 1st Annual Community Outreach Awards. It was a ceremony that recognized various community leaders, law enforcement offices and community partners that support the US Attorney’s outreach initiatives. GABPA was honored for their execution of the NBPA “Real Talk” program in the Atlanta area.

Vice President of Membership Colleen Babb attended the International Association of Prosecutors 19th Annual Conference and General Meeting. The conference, held this past November in Dubai, was titled “Best Prosecution Practices: Learning from Each Other”. Ms. Babb had the opportunity to expose our organization to prosecutors worldwide, and narrowed the gap between our national organization and the international community.